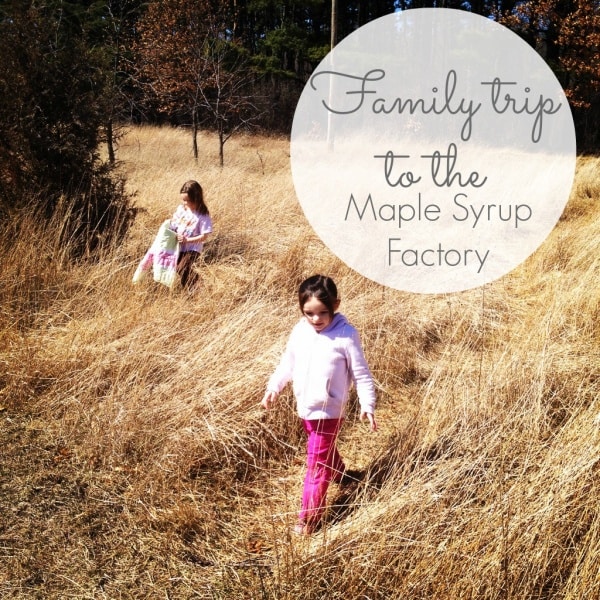 This past Saturday our whole family attended the Maple Syrup Festival held at the DNR’s MacKenzie Center near Poynette, Wisconsin. Over couples weekend our good friend Katie recommended the MacKenzie Center to see a maple syrup demonstration. Her best friend lives in our area of Wisconsin and this where she takes her 2 kids, plus her students. The MacKenzie Center is a nature education center “with trails, exhibits, museums and programming available for school and youth groups. MacKenzie is a wonderful place to visit and learn about the natural world. The State Game Farm is connected to the MacKenzie Center and is adjacent to the arboretum on the western half of the property.”

The Maple Syrup Festival consisted of a pancake breakfast, a demonstration on tapping a maple tree, lectures on how Native American and Pioneers made maple sugar and syrup, and lessons on how they currently make maple syrup.

The girls were super excited to go to “the maple syrup factory.” Note to self: prepare kids a little better before we go on field trips. They were most excited to eat pancakes and have ice cream. Let’s face it, they are 4 and 5, they live and die by mealtimes. And ice cream. In fact I think everyone does. Or should anyway. Aaaaand, now I want ice cream. Anywho, we weren’t able to eat right when we arrived, which threw Fofo for a loop but she calmed down once we told her we would be eating later.

The only cost for the festival was the pancake breakfast. Admission and parking was free which was awesome! After we parked the car, the first thing the kids saw was a gigantic hollowed out log. The girls (and all the other kids) just gravitated toward it. It goes to show you, all kids really need is a giant hollowed out log to have fun. 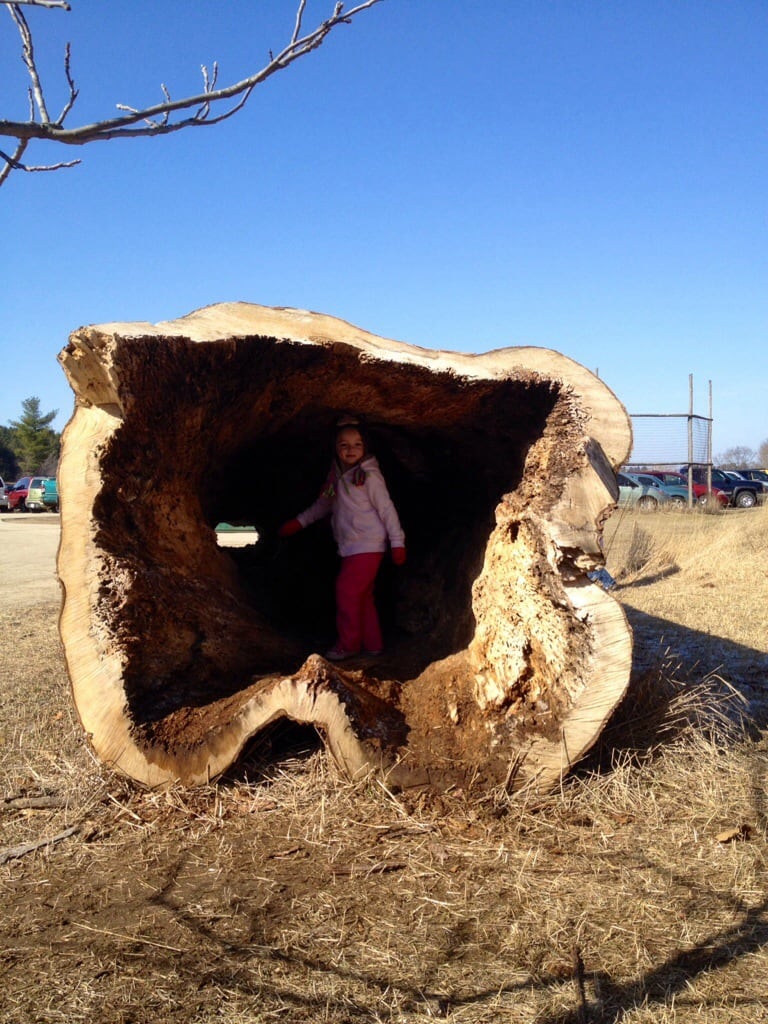 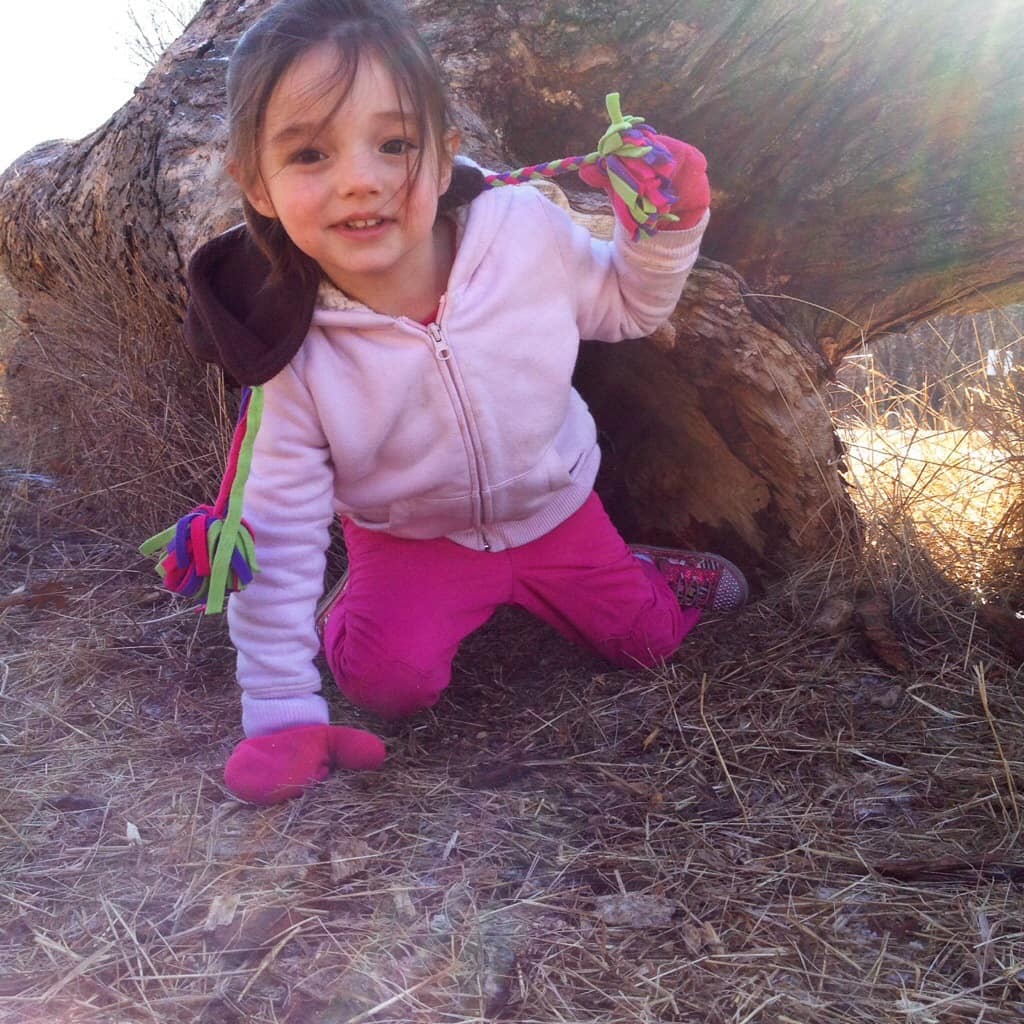 After climbing through the log, we made our way to the maple syrup demonstration. Here we learned how the early settlers made maple sugar and maple syrup. The sap needed to be continuously stirred day and night. This volunteer did an awesome job of explaining the process to all the visitors. She also got all the kids involved by carrying buckets and showing examples of maple sugar and the various stages of maple syrup making. Did you know popcorn and pumpkin are indigenous ingredients to the US? And President Jefferson urged the settlers to make maple sugar so we would be less dependent on imports of sugar. 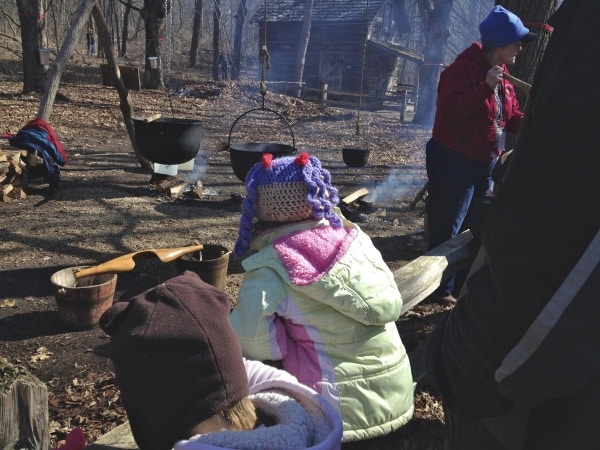 The girls were getting antsy so we decided to do a little hiking before we headed over to breakfast. We took a minute to check out the tapped trees around the property as we hiked. 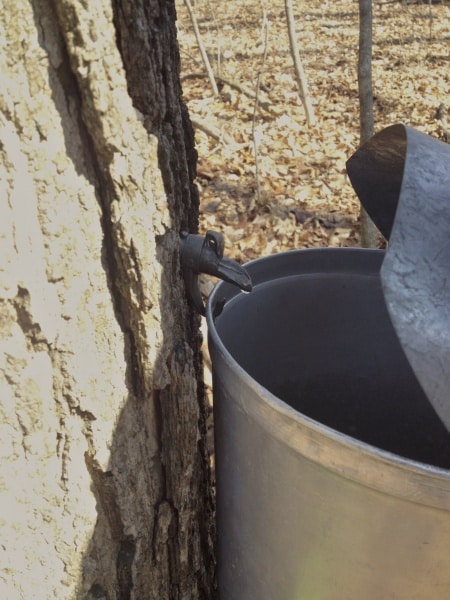 We climbed to the top of the observation tower that used to be used for spotting forest fires. Then we walked over to the wildlife exhibit. This was an awesome surprise! Our kids love animals so they were enthralled. The animals at the Center were all taken in to be rehabilitated from injury or sickness. We saw wolves, coyotes, foxes, hawks, owls, and a lynx. Fofo was totally in love with the red-tailed hawk. 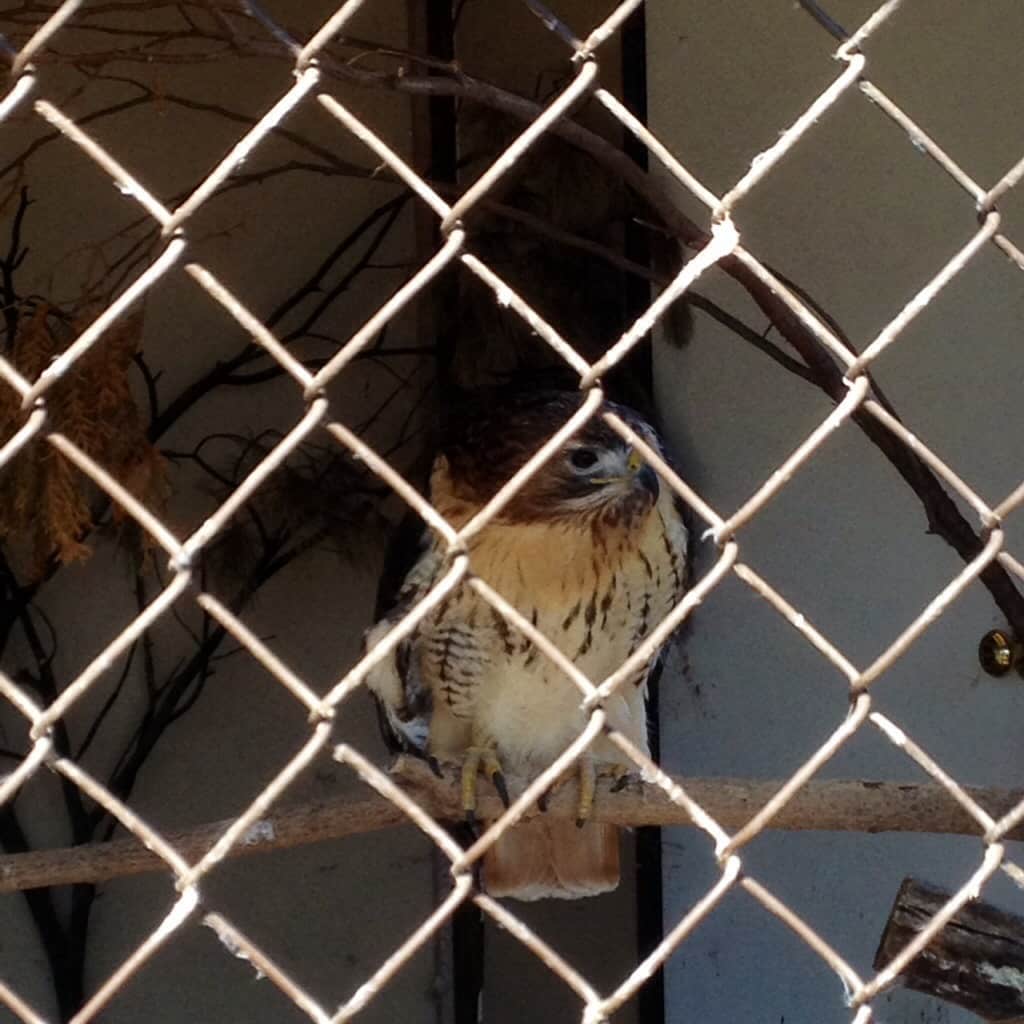 Then we headed back to the lodge for the pancake breakfast. It was a long line (which is to be expected) but the girls were super patient while we waiting for our brunch. They gobbled the pancakes right up! 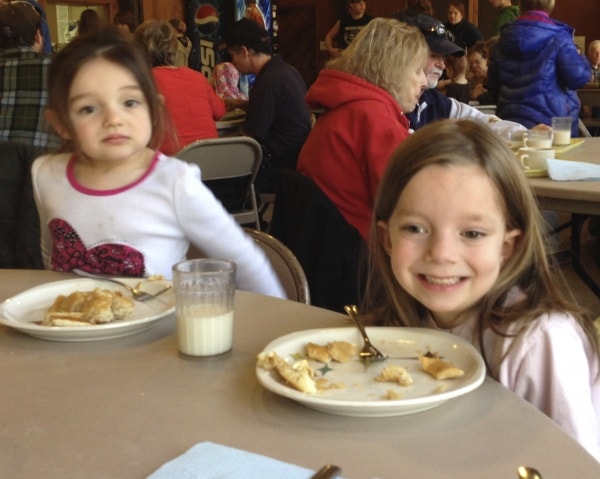 After we were totally stuffed, we headed back over to the maple syrup demo to get, what else, more food! At this point, there was a line for the maple sundaes but we didn’t care. Where else can you get fresh churned ice cream and fresh maple syrup. It was heavenly. The ice cream was churned by a steam engine, which could be the coolest thing ever.

After dessert, we headed over to the evaporation house. This is where they boil the sap down to maple syrup. In gist, to make maple syrup the volunteers gather the sap from all the pots attached to the tapped trees. From there, they take it back to the holding tank, where it goes through the process being cooked down into syrup. At the MacKenzie Center they aren’t licensed to sell the syrup, so each of the volunteers is paid in a pint of fresh maple syrup. Ya can’t beat that wage! Fofo LOVED the evaporation house. She didn’t want to leave. It was terribly sentimental for my husband as this was the job my father-in-law had many years ago. 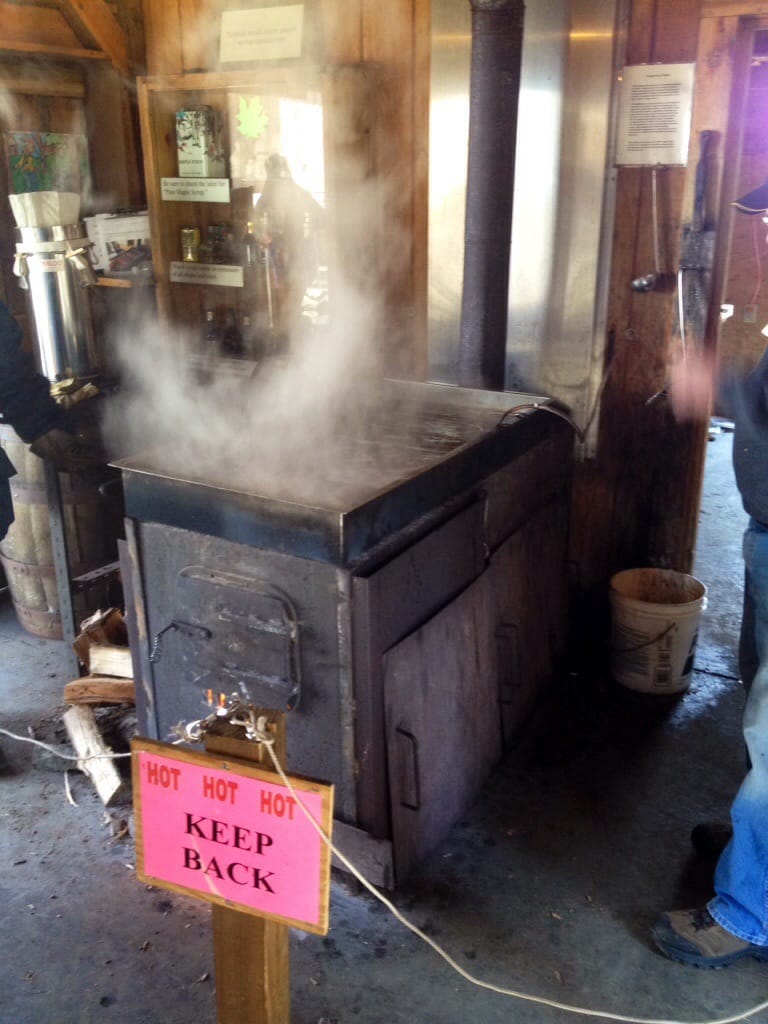 By this time, the event was winding down. We took a quick look at the skins and hides brought by a local taxidermist, then took one last walk around the grounds before heading home.

It was a really beautiful family day. You never know what to expect when you go on an outing with a 4 and 5 year old, but they both did awesome and hopefully they learned a little something too! Thanks for stopping by!