I can still remember the first time I watched Olympic gymnastics. I was 11 years old, watching the 1992 Olympics in Barcelona, Shannon Miller, Kim Zmeskal, and Svetlana Boginskaya. I think every girl has that moment when they want to by a gymnast. That was mine. Alas, my gymnastic ability peaked at a round off cartwheel, but I am still an avid fan of gymnastics and watch it any chance I get. From the time was daughter was born, she has been a little peanut: long, skinny, and lean with the power and energy of a, ah, a something strong and powerful?

I knew I wanted to get her involved in gymnastics as a means to burn off some energy and learn about a new sport. Our hometown doesn’t have gymnastics as a part of its parks and recreation, but luckily a nearby town does! There are several gymnastic clubs in our area but the prices are a little crazy for a beginner. Whitewater parks and rec offers a beginners class that is perfect for our little 5 year old. I was a little worried it was just going to be a tumbling class. Our little Fofo is a daredevil, and I knew she would want to try all four events. Especially since she thought she was going to be on tv. Sigh. We told her she was going to a gymnastics class to learn gymnastics, like the girls we saw during the Olympics. She has high hopes for herself because she apparently thought she would be at Olympic level the first day. TV or not, our little panther was very excited for the first day. 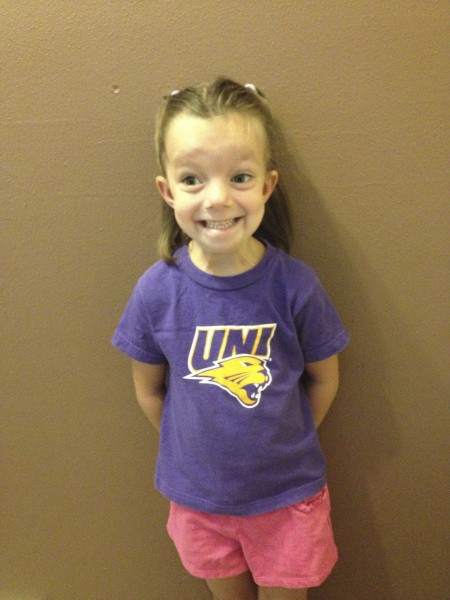 Like I said before, this was a beginners class to introduce the kids to all four gymnastics apparatus: balance beam, uneven bars, vault, and tumbling. But most of all they wanted the kids to have fun. Fofo did have a lot of fun and cried the last day because she didn’t want it to be over. I have no idea if she is a future Olympian or not but she sure learned a lot. I mean, how fun does this look!?!

I probably took about a thousand pictures over the course of the 8 classes. They are just iPhone photos so you will have excuse the quality. And be thankful I am not posting the 10 videos I have of her on the uneven bars 🙂 Or posting my blurry vault photos. Here is the gist. She runs, attempts to jump on the vaulting board, and fails due to miserable timing. It was adorable.

Stretching
The class had 10 to 20 kids in it depending on the day, ages 5 and up. And about 4  instructors. They were all great and so patience with the kids. They knew the kids were beginners but they did push the more advanced kids to challenge themselves which was so nice to see. Stretching didn’t provide Fofo with enough action, but the class always started with a warmup and working on flexibility. 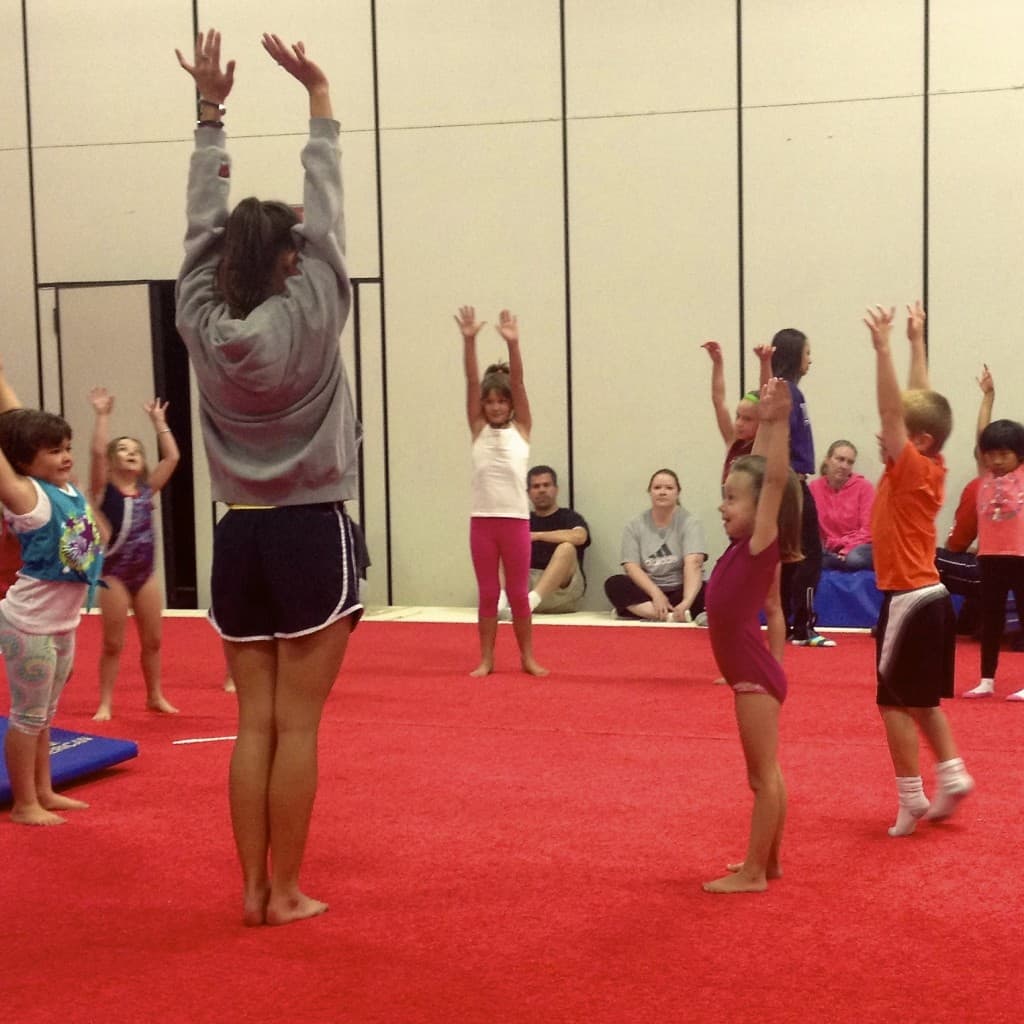 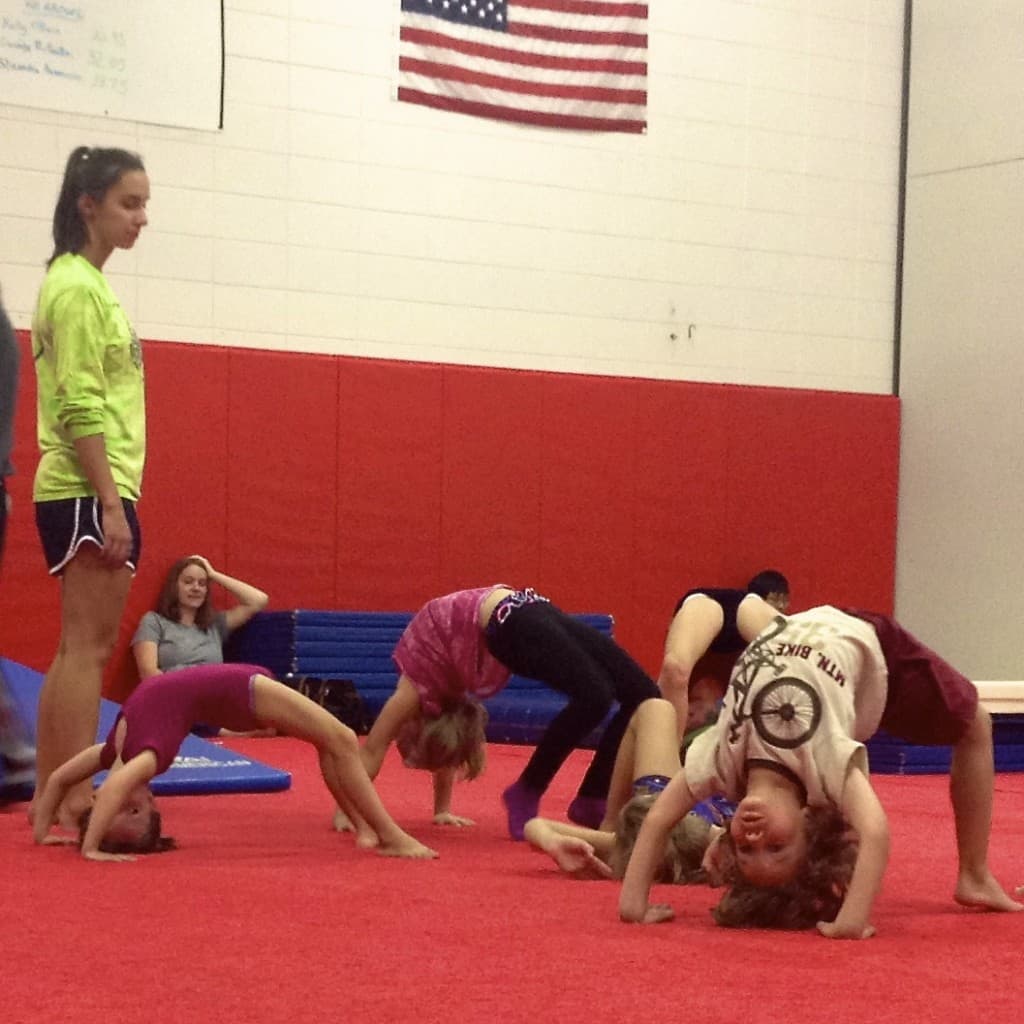 Balance Beam
The balance beam is the most feared apparatus in the gym, but Fofo worked her way up from walking across the floor level one, all the way to the regulation sized one! 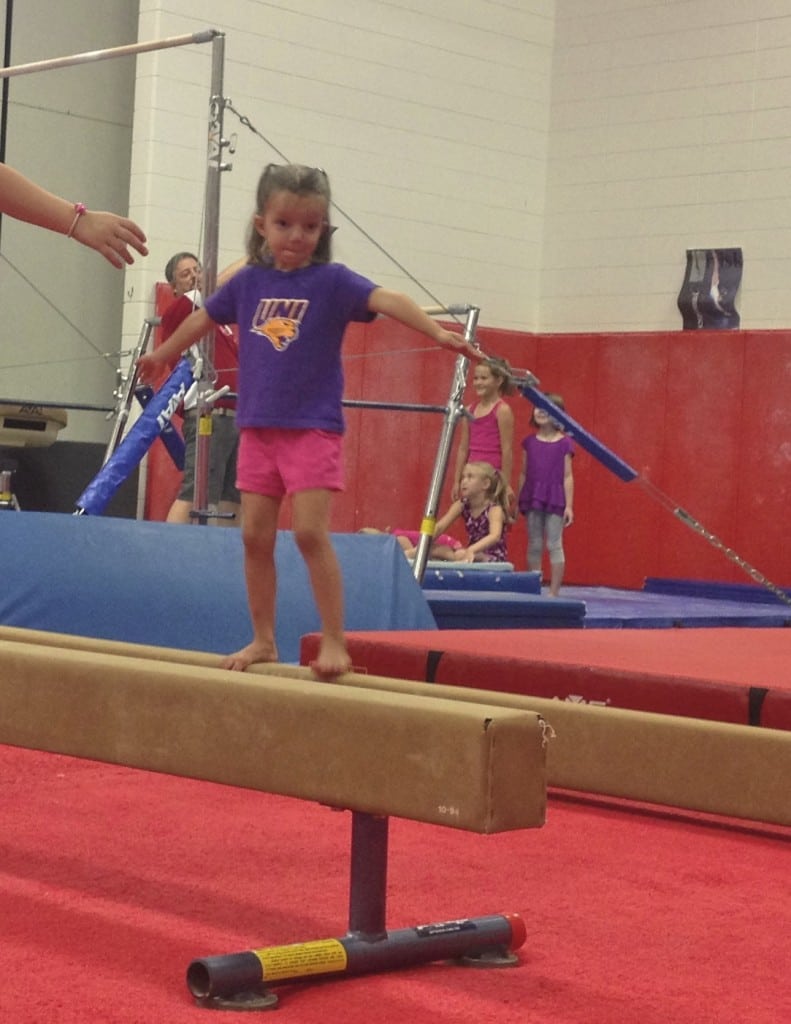 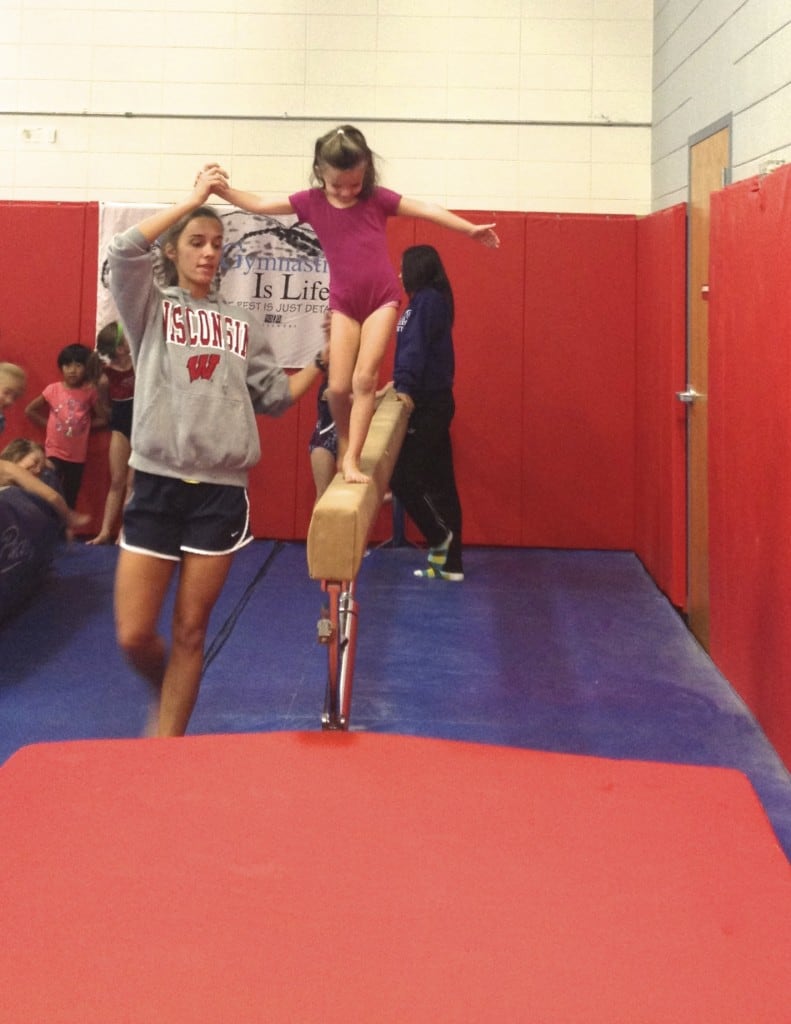 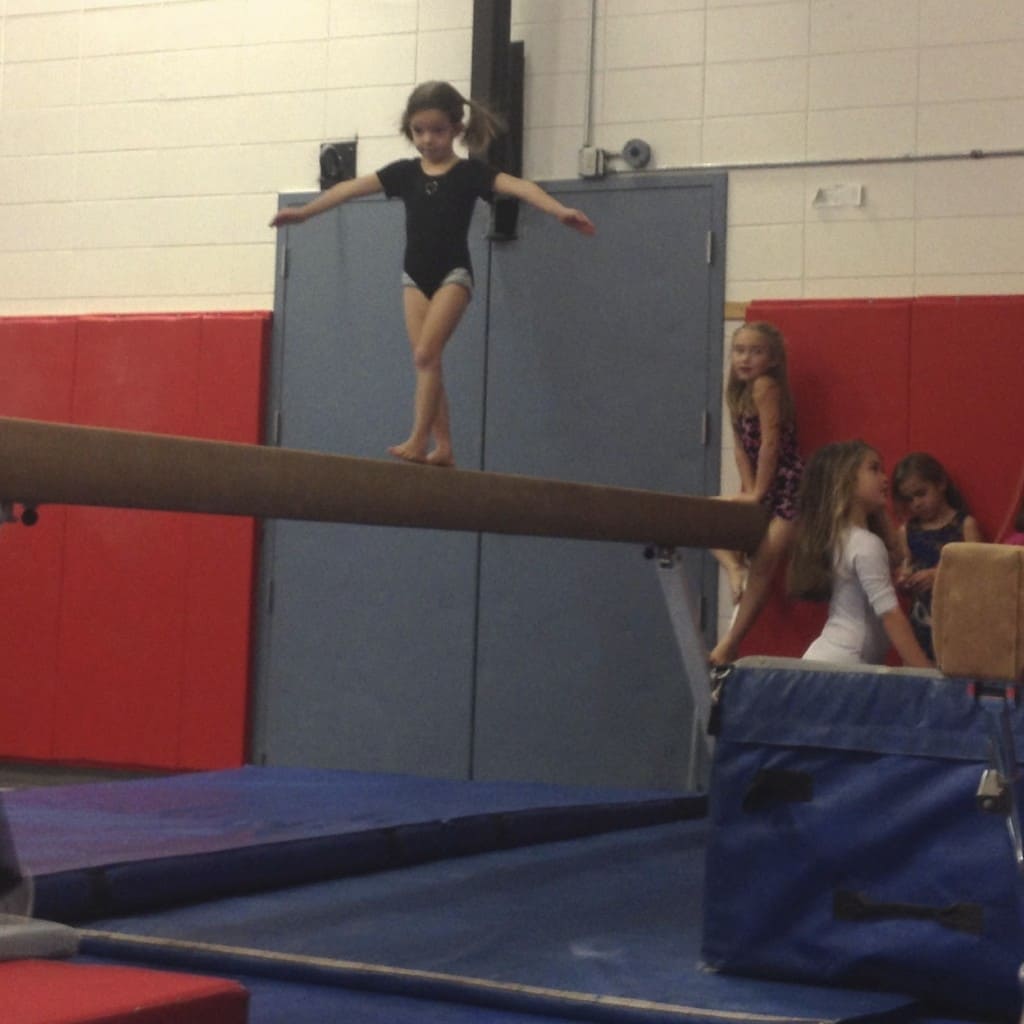 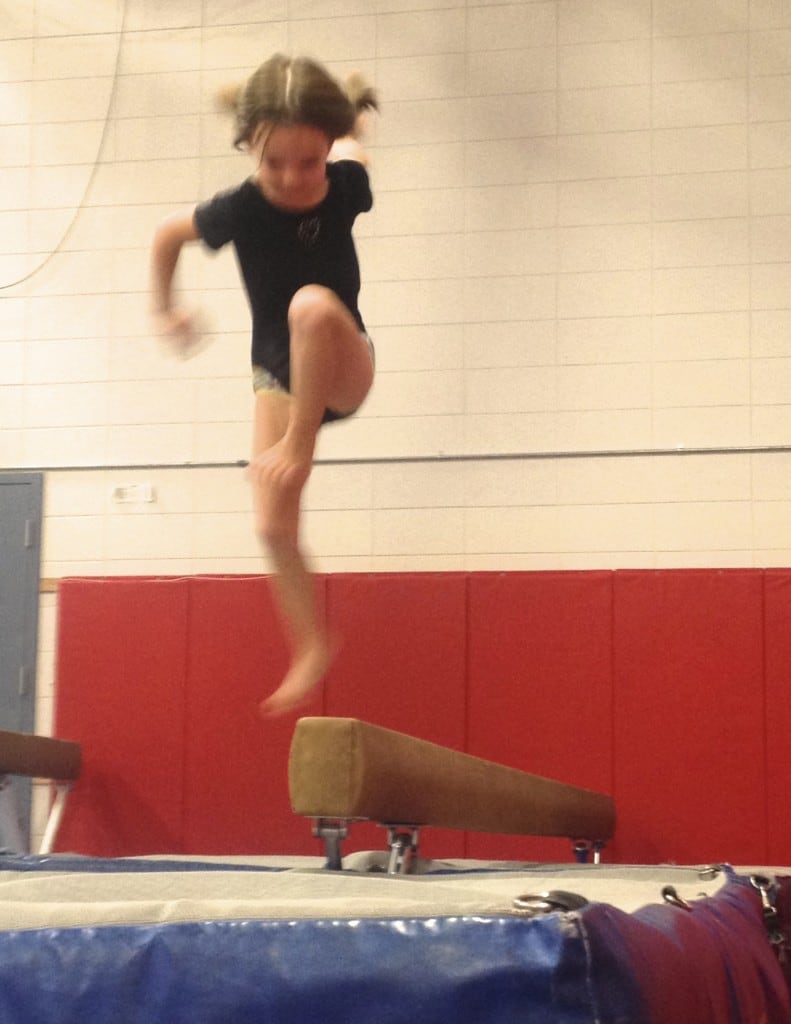 Uneven Bars
This was Fofo’s hands down favorite. She doesn’t quite have the shoulder strength yet for some of the moves, but she loves flipping around the low and high bar! 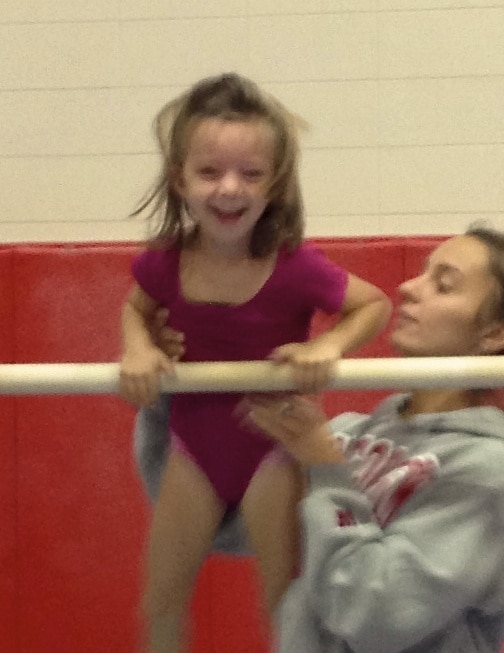 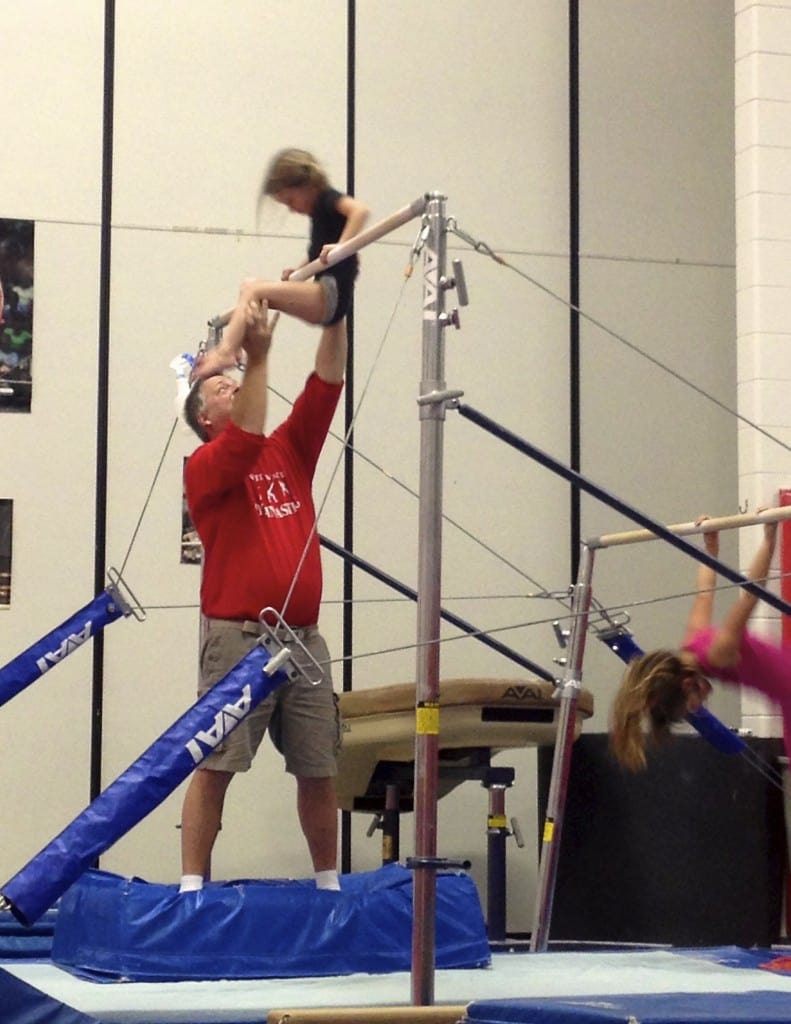 Tumbling
Again, most of these were blurry but this one is so cute of her learning a cartwheel. 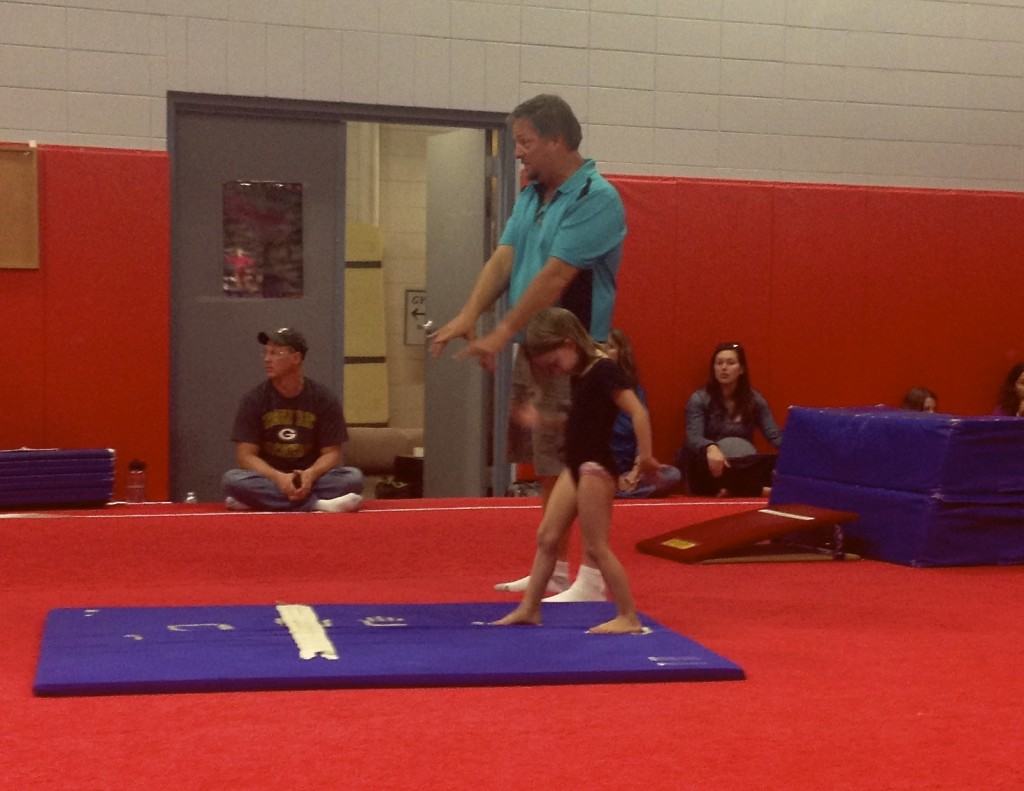 I was so glad I enrolled her in the class. I wish I would have known there was a toddler class before hers so The Bear could have participated. She did have a good time running in the gym, sneaking onto the equipment, and playing on iOs devices 🙂 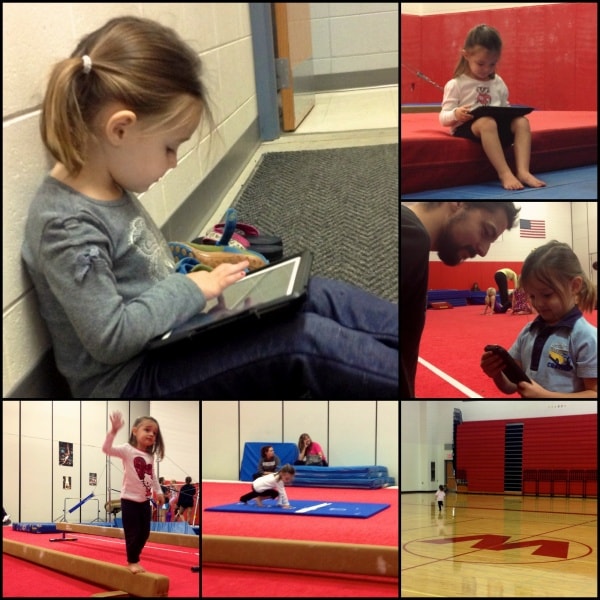