Even though I am 33 years old, I still like to read adolescent literature. Its my hangover from the Harry Potter series. I didn’t want to read for like a year after the last book. I was too sad to invest in another set of characters. Ok, maybe it wasn’t that bad. I was never interested in reading Twilight, and I never found the motivation to read the Hunger Games series. When I was at the library with my kids, I found that John Grisham had started a young adult series called Theodore Boone: Kid Lawyer. I figured I would give it a shot. I enjoy John Grisham’s novels, and they are usually a quick read. I liked the first book in the series. It’s about a kid whose parents are lawyers and has a vast knowledge of law. More than most adults! He gets caught up in the midst of a murder trial when he finds out the truth about what really happened. 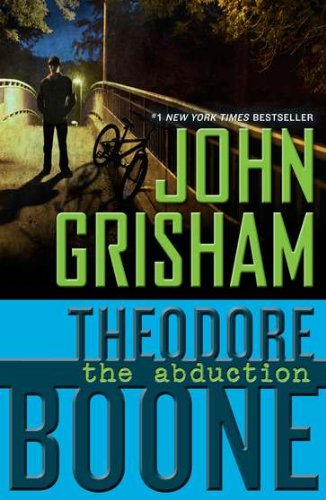 Book number 10 in my reading goal is Theodore Boone: The Abduction, which is the second book in the series. The case gets personal for Theo as his best friend Amy is abducted from her home. After a few days, Theo is unconvinced the police are searching for the right suspect. He begins his own search with the help of friends and his Uncle Ike, a former lawyer, will he is able to track her down with the help of social media?

As I suspected, this book was a quick and easy read. It wasn’t the most philosophical book I have ever read but it was fun to get lost in a cute young adult book again. Theo is a smart, charming, and caring young man, and it’s fun to read about him rather than the snotty, over-acting teens you see on tv.

What have you been reading lately? What’s on your summer reading list? Have a great week everyone!