My husband loves to read so it wasn’t until I became a mom and, eventually, a homeschooler that I learned that boys don’t always love reading.

What makes boys into veracious readers? Books that are filled with adventure, characters that have the IT quality, and let’s face it, books that aren’t boring!

I don’t have sons of my own but I was huge tomboy growing up, and because my Dad was a basketball coach I was around guys a lot. So I like to think I have a good handle on what boys would like to read.

The book list is divided into two sections: beginner chapter books and regular chapter books. I believe in underestimating reading levels because all kids are different and my kids were late readers. But no matter what their reading level is, boys will love these books! 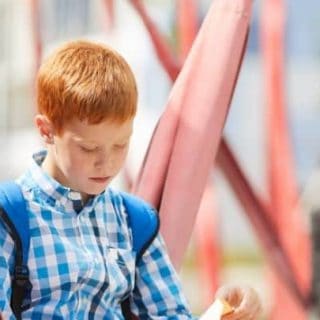 “By popular demand, Judy Moody’s brother, Stink, gets his chance to star! Every morning, Judy Moody measures Stink and it’s always the same: three feet, eight inches tall. Stink feels like even the class newt is growing faster than he is. Then, one day, the ruler reads (can it be?) three feet, seven and three quarters inches! Is Stink shrinking? He tries everything to look like he’s growing, but wearing up-and-down stripes and spiking his hair aren’t fooling anyone into thinking he’s taller. If only he could ask his hero James Madison, the shortest person ever to serve as president of the United States.”

“Join the world’s greatest detective, Nate the Great, as he solves the mystery of the lost picture. Nate the Great has a new case! His friend Annie has lost a picture. She wants Nate to help her find it. Nate the Great must get all the facts, ask the right questions, and narrow the list of suspects so he can solve the mystery. This long-running chapter book series will encourage children to problem-solve with Nate, using logical thinking to solve mysteries!”

Bookmarks Are People Too! by Henry Winkler

“Hank is a kid who doesn’t try to be funny, but he somehow always makes the kids in his class laugh. He’s pretty bad at memorizing stuff, and spelling is his worst subject. (But so are math and reading!) In the first book of this series, Hank’s class is putting on a play, and Hank wants the lead part: Aqua Fly. But he freezes in his audition and can only buzz like a fly. His teacher creates a special part for Hank, a silent bookmark. This may seem like an insignificant role, but when his enemy, Nick McKelty, freezes during the performance, it’s up to Hank to save the play!”

Rise of the Earth Dragon: A Branches Book by Tracey West

“The first adventure of Jack and Annie! Jack and his younger sister find a tree house filled with books. Where did the tree house come from? Before they can find out, the mysterious tree house whisks them to the prehistoric past. Now they have to figure out how to get home. Can they do it before dark…or will they become a dinosaur’s dinner?”

“Based on a Rocky Mountain legend, Stone Fox tells the story of Little Willy, who lives with his grandfather in Wyoming. When Grandfather falls ill, he is no longer able to work the farm, which is in danger of foreclosure. Little Willy is determined to win the National Dogsled Race which would save the farm and his grandfather. But he isn’t the only one who desperately wants to win. Willy and his brave dog Searchlight must face off against experienced racers, including a Native American man named Stone Fox, who has never lost a race.” 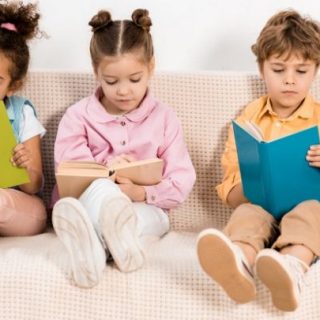 Searching for even MORE books for 9 year olds???

“Ruth Stiles Gannett’s classic children’s story, My Father’s Dragon about Elmer Elevator and the plight of an overworked and under appreciated baby flying dragon. Upon hearing about the dragon, Elmer stows away on a ship and travels to Wild Island to rescue the dragon. The perfect bedtime story.”

“The adventures and misadventures of two boys growing up in a small Vermont town.”

How To Eat Fried Worms by Thomas Rockwell

“Billy isn’t one to back down from a bet. But this one is gross: If he eats fifteen worms in fifteen days, Alan will pay him fifty dollars. Billy takes the bet and tries worms smothered in ketchup, drowned in mustard, even breaded and fried. Worm by worm, Billy gets closer to victory, and to buying the minibike he’s always wanted. But Alan won’t let him win that easily…”

“Ribsy’s ever-curious mind has always gotten him into trouble, but this time he may have gone too far. After a comical turn of events, Ribsy finds himself in the wrong station wagon with the wrong children! Ribsy will do anything to find Henry, but there’s plenty of excitement to be had along the way!

We put so much pressure on ourselves as parents, even the books they read make us question our parenting. But have no fear, with any of these books you can be confident you child is well on his way to becoming a proficient reader!